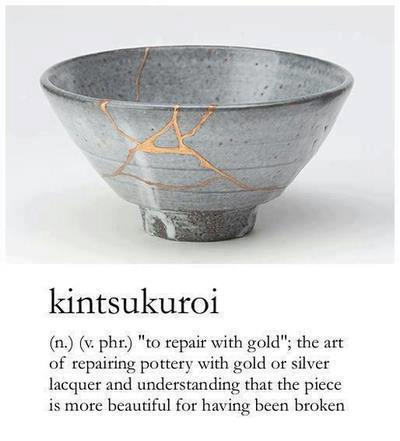 Cancer, or any disease process that takes place over an extended period, offers a wonderful gift that allows one thing that instant death does not…time. Fatalities due to sudden heart attack, stroke, accidents etc. mean one thing – ‘game over’. Disease processes such as cancer, neurological disorders or the like, means that an individual is being given a chance to change his or her way of thinking about life as a whole. Time is being granted to learn and grow allowing the possibility of a different outcome if the soul so chooses. A person may have become distracted or lost his way and a disease can give the chance to regroup and refocus so that health may either be restored or the spirit given a deeper understanding of the purpose of its earthly existence before returning home. It is a phenomenon that is unique to the human race, making earth a truly extraordinary place for a soul to evolve.

Many arguments have started in my peaceful little healing room in the middle of Ireland. When someone comes to me with a chronic or life-threatening illness, you can be sure that a large percentage of them will clench a fist with visions of giving me a hardy thump for my standard question; “Why do you think you have called this into your life?”

I have the rare pleasure of the occasional person who throws their hands up, admits accountability and is genuinely ready to move forward with accepting the gifts the disease has to offer, integrating them into the present experience and moving forward with a deeper understanding and awareness. Precious moments…

Even more precious are those who wriggle and twist and fidget as they try to play the victim card in my presence. It may start that way, but very rarely does it finish up like that. I am asked if I honestly believe that everyone is responsible for creating the illnesses in their life; on a soul level yes; consciously, not always. Some people have not acquired the tools yet to know their own power. Many do not realise that they can literally bend time and circumstance to support their own progress.

“Why on Earth would I do this to myself? And certainly an innocent child wouldn’t want to be sick.”

It’s a fair question, and one that is asked by many Earthly amnesiacs. So many people are disconnected from their soul plans, their very purpose for walking the planet, and have fallen prey to the illusion, nay, Delusion, that life was meant to be a fairy tale.

Illness is one of the most effective ways to create sudden fear and instant change, and inhabitants of this globe have been using it for millennia to expand their understanding of the human experience.

Illness is the quickest way for many to remove themselves from a situation which is toxic, unhealthy or over-nurturing to everyone but the Self.

Once a person begins to grasp the reality that a plan was put in place long before incarnation, the idea of illness as a beacon or warning light becomes far more palatable.

In the case of children, we so often only see the little person in front of us rather than the timeless and omnipotent soul who has incarnated and willing taken on difficult experiences in order to provide optimum learning experiences for those around him or her. When we try to assess all situations with the finite, logical brain, it most always never makes sense.

“But who in their right mind wouldn’t want total health?”

A whole lot less people than you think. If years of working as a chiropractor and facilitator of healing have shown me anything, everyone does not want to be well. They may say they do, but many the cunning souls have come through my door having created just the scenario they wanted at home or in the workplace through the manipulation of illness. This is not to say the illnesses aren’t real; on the contrary. There are plenty who have genuine, bonified ailments and diseases that have been sprouted in the seed plot of endless creation; the mind. It doesn’t matter if the pain was caused by accident, contracted as a contagion or manifested first in the mind before becoming physical. All disease and illness have the great potential to create massive change and awareness to those who are ready to acknowledge their own power.

Next time you have a sniffle or even if you are facing a life-threatening illness, I challenge you to step out of the ‘why me’ for a moment and survey your surroundings. Is there even the slightest possibility that your injury or pain are serving you in some way, even if only to say, “Slow down, you’re moving too fast?”

Pain and illness have an uncanny way of getting the attention of people who are otherwise too preoccupied to stop and listen to their own bodies or follow the gut feelings and intuitions that are available to us all if only we’d listen.

Jetlag has taken on an entirely new meaning this week. I’m not sure if it’s because I’m getting a little older or if it was the intensity of my latest trip to L.A., but I haven’t been to sleep at a decent hour in the last week since I returned to...

END_OF_DOCUMENT_TOKEN_TO_BE_REPLACED

I suppose I was always a creative sort of kid. If I wasn’t writing a short story, I was reading a long one, lost in the recesses of my own mind, creating intricate portraits of the characters that were as real to me as my own childhood friends. I miss...