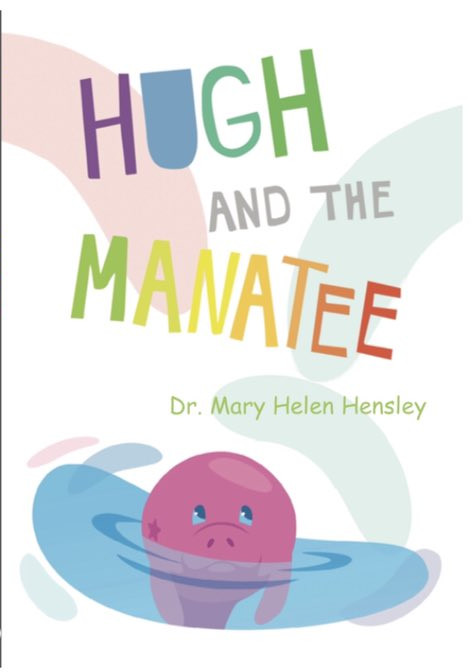 Hugh and the Manatee

We are thrilled to share the first book in this series. Our hope is that its message will touch the hearts of our adult LGBTQ friends who never had the chance to read about a child that looked or felt like they did. For our younger readers, we want to offer a broader perspective, a new dialogue and a better understanding of what the real world, and ALL of its people, actually looks like. Throughout this series, we will strive to support our young readers as they grow into caring, compassionate and loving individuals, who put kindness and inclusion above all. This is our contribution to the change we want to be and see in the world.

Hugh is a colorful and vibrant boy who enjoys sparkles, theater, swimming and painting his nails. When he goes to the national park for the final swim of the season, two girls, who have relentlessly made fun of him over the years, catch him sitting by the springs with his shoes off. When they spot his pink toenails and start to laugh a magical pink manatee rises from the water and takes Hugh and the girls on an under sea adventure that will change their lives forever.

Understanding is the New Healing

‘Understanding is the New Healing’ is the title of Mary Helen’s latest book. Dr Hensley shares with us a sampling of deeply personal, firsthand accounts of healing and transformation that have taken place in the lives of her patients and in her own personal life. Understanding Is The New Healing will have your hair standing on end as you hang on the edge of your seat while reaching for the nearest box of tissues. From other lifetimes to interactions with other-worldly beings, Mary Helen definitively shows us that the source of our pain and suffering is not always rooted in present time, nor are our current perceptions and belief systems steeped in fact and truth. She has lifted the veil between worlds for all to see and remember who they really are, inviting us to understand our way back to our own healing. 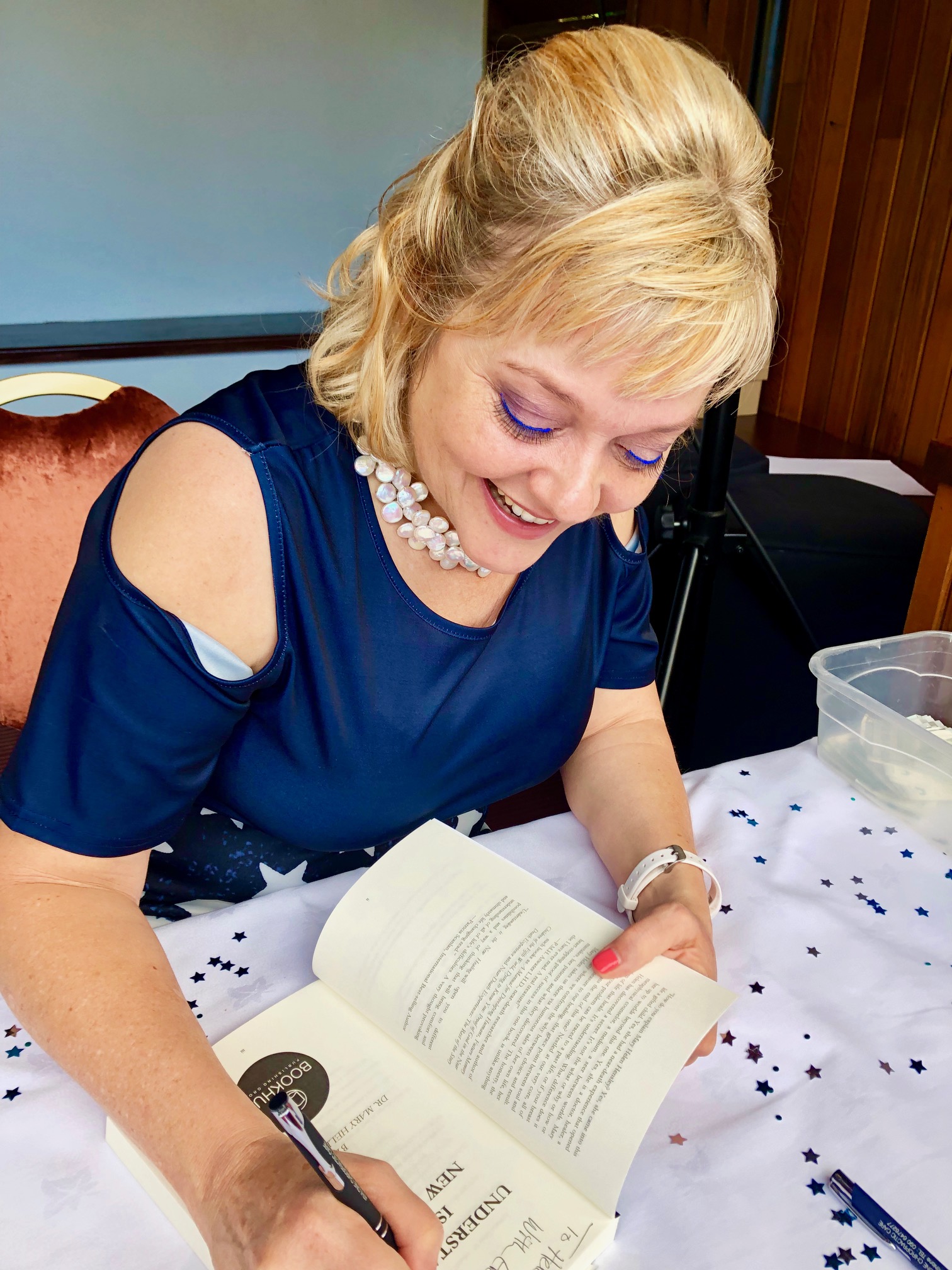 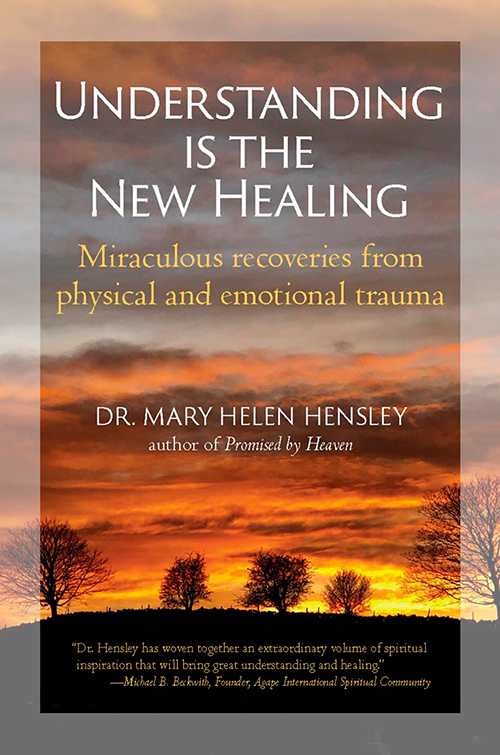 Understanding is the New Healing was officially launched on July 5th by Mary Helen’s good friend Patricia Scanlan. The launch and book signing was a great success. The Irish and UK version of the book is published by Bookhub Publishing with a US version published by Lisa Hagan Books. The book was launched in the US on July 12th at the Edgar Cayce ARE in Virginia Beach.

Mary Helen spent the next 8 weeks on a very successful book tour of the US.

“Understanding is the New Healing”, the audio book, is enhanced with ancient Solfeggio frequencies, layered with Alpha, Beta and Gamma brainwaves, which correspond with the mood, or feeling of each story you will hear. There are no Theta or Delta waves used, so it is perfectly safe to listen to this audio book while driving. My desire is to give you the opportunity to connect with each of these stories in a deeply meaningful way, allowing for a richer experience, as you integrate this information; not only by hearing it, but by feeling it.

Take a heart-lifting journey into the great unknown … In Bringing Death to Life, Mary Helen along with well-known author and friend Patricia Scanlan, and metaphysical healers Aidan Storey and Pamela Young, shine a light into an area that they believe needs to become part of the ordinary conversation of life, not to be feared or avoided in our communications, but recognised, understood, accepted: death.

Patricia, whose experience of the loss of her parents was the catalyst for this book, shares her own journey through grief. Mary Helen, Aidan and Pamela each share personal experiences along with insight into death and the afterlife gained through their work.

Included are chapters on facing fear of death, being present during death of a loved one, the aftermath of loss, and connecting to signs and messages from beyond, along with remarkable stories of the afterlife in the everyday. Prayers, affirmations and messages from the angels also make up this special, thought-provoking and ultimately deeply comforting book. 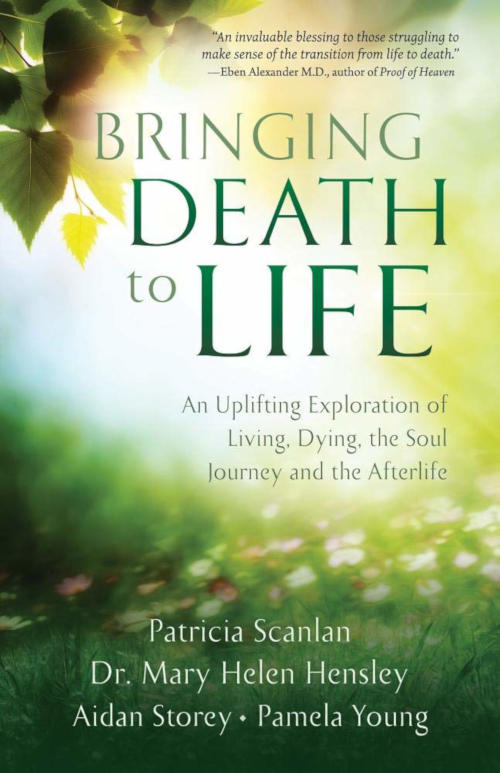 The Promised Trilogy / Promised by Heaven 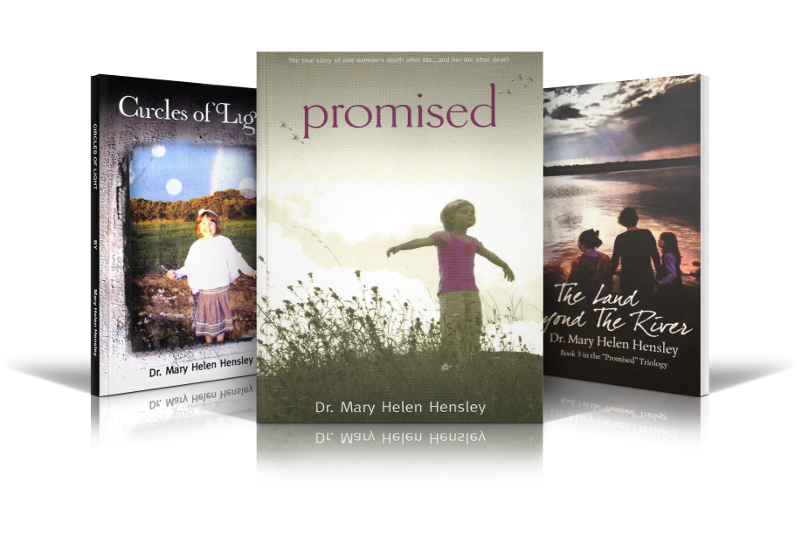 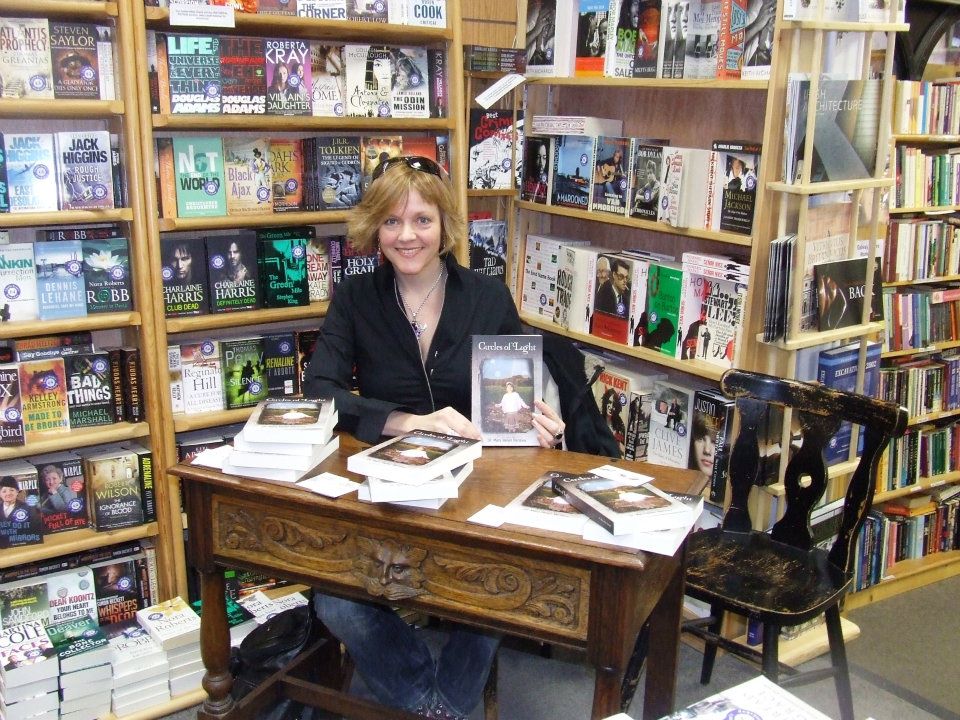 On July 4, 2009, Mary Helen launched her book, Promised, a memoir of her life so far, telling the story of her childhood and her conversations with her Granddad – who had passed away a number of years previously – through to college years, the car crash that was to change her life as she knew it, and, her path to becoming a Doctor of Chiropractic.

Mary Helen’s second book, Circles of Light, picks up where her first book left off.  “In Circles of Light I talk about my healing sessions which I’ve been doing for years, and I include the births of my two children, the world of my chiropractic business and about the interventions I have experienced from my two dead grandparents, and the spirit world.”

Mary Helen’s third book, and last in what is known as the ‘Promised Trilogy’, was published in 2012, it is entitled The Land Beyond The River, and initially it was to be called Healing the Healer. “Aside from the fact that this was fairly unimaginative on my part, a series of events took place in the latter part of 2011 that prompted the change. The last five years have provided countless interventions from the Universe that have allowed me to mirror myself, healing fragmented portions of my past. I have made it my business to ‘call back my spirit’ from places long ago, where I left vital pieces of my own essence, through the simple lack of tools necessary to know any better. My sincerest wish is that through highlighting my own misunderstandings and subsequent growth, that some of you may ‘let yourselves off the hook’ and get on with living, free from the most difficult type of judgement known to man; self-judgement. There is nothing more discouraging to the human experience than self-generated persecution.”

Mary Helen’s sixth book, Promised by Heaven, brings the Promised Trilogy  together in one unforgettable book, and was published in September, 2015.

“As the years have gone by and Promised by Heaven has developed into the type of book it is, the biggest thing I can say to people is ‘Let yourself off the hook’, that’s the message behind the book. We didnt come here for perfection, we came here FROM perfection, to take a break and experience life in the human form.” 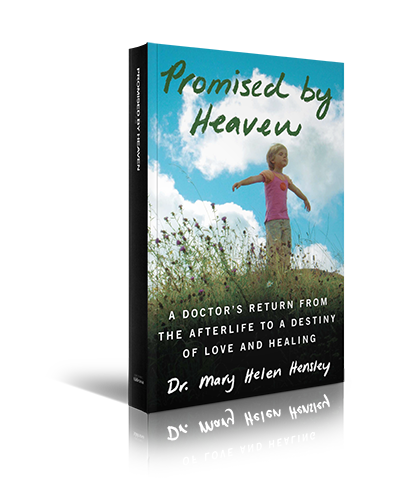 The Chakra Fairies is Mary Helen’s fourth book. The book is illustrated by her daughters, Jemma Skye, who was 11 when the book was launched, and Jada, who was 9.

This is a book of empowerment, teaching young children to “clear their baggage” at the end of each day, aided by the beautiful chakra fairies, with a simple, yet effective bed time poem

The book can be purchased from  Book Hub Publishing 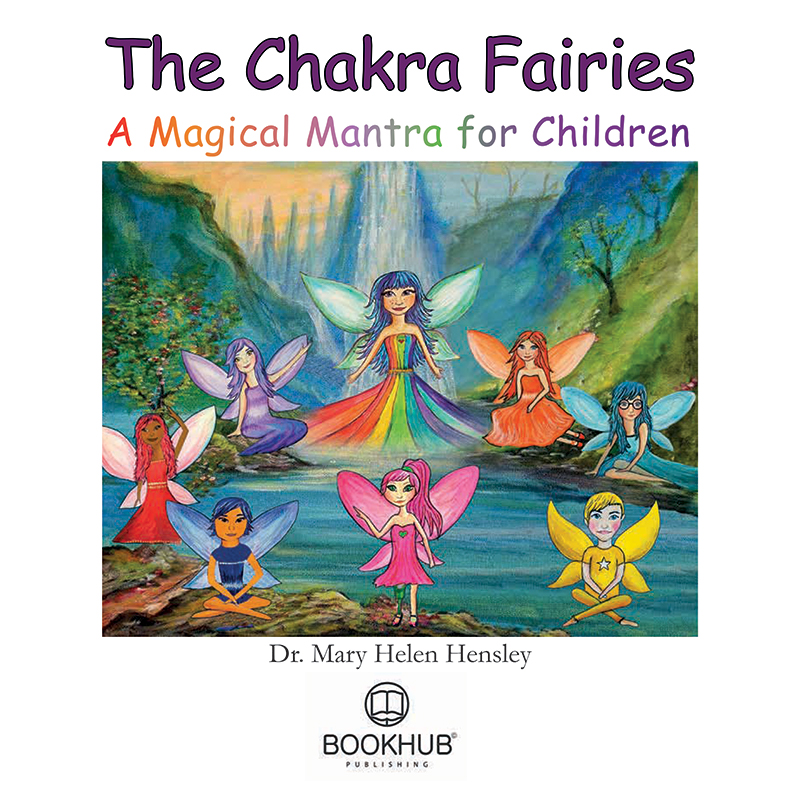 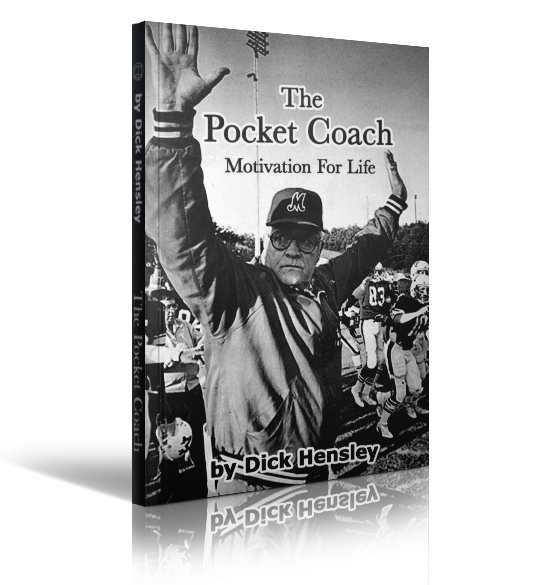 When  Mary Helen was a child, her father, who was a football coach and Baptist minister, gave her a prayer book written by John Bailey, a Scottish Presbyterian minister.

“There was a prayer on each right hand page, and on the opposite page there were my Dad’s motivational quotes, and he was a great motivational speaker,” said Mary Helen.

Mary Helen’s father, Dick Hensley, died in August 2012. A few months later, Mary Helen started sharing some of his quotes on Facebook, and got a phenomenal response. She decided she would write a book based on her Dad’s motivational quotes.

“I knew people had liked them a lot, so I extracted all Dad’s quotes, and left a blank page for the reader to write their own thoughts and called this new book, The Pocket Coach, so people could easily carry it with them,” she said.

“My Dad was known as ‘Coach’, hence the name of the book, and I checked all the quotes as far as possible, to make sure they were totally authentic, and my Dad’s original quotes.”